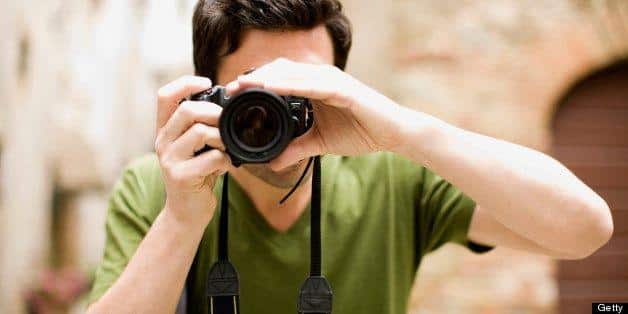 The tourist wanted to take a photo, however, the guard behaved so rude with them

When you are tourist, we must take into account many factors. We need to do that to ensure that one’s stay in a country other than one’s own is pleasant. It is necessary to respect the rules in force and not to believe that, as tourists, we have permission to do anything we want. The subject of this story, evidently, did not have this decorum in mind, and she broke the rules, moved by the desire to take an unforgettable photo while on holiday in the UK.

While visiting the royal palace in London, the tourist took the liberty of touching the reins of guard’s horse. The horse was not exactly happy with her action and neither was the rider. He reacting to the woman’s audacity, ordered her to move away and not continue touching the horse. Let’s see what happened in detail.

During a trip to London, the subject of this story was, like many tourists to this city, visiting Buckingham Palace. Fascinated by the Queen’s guard, the American woman approached a mounted guard and posed to have her picture taken. So far, this is pretty normal and what a lot of tourists do. But unlike many others, this woman tried to touch the horse.

The tourists who had taken photos before her, had kept at a safe distance and, once they had taken their snaps, they moved on, leaving space for others. But in this case, in addition to positioning herself next to the steed, this woman reached out to grab the horse’s reins. So, it was too bad for her that neither the horse nor the rider took this very well, and the video clip posted to TikTok is proof of this.

In the clip you can see the horse moving to avoid the woman’s touch, while the guard hesitates a few seconds before shouting at the woman: “Stand back and do not touch the reins”. These shouted words made the tourist jump in shock and she scarpers off immediately.

“I will never go back to London,” reads the caption of the video. The stepson of the woman promised never to return to the city. The reason was that he was so upset by how the Queen’s guard had reacted. Immediately going viral on the web, the tourists did not exactly get a lot of support.

For most users, the guard’s reaction was justified as he was not there to be photographed. He was just doing his duty. “She wasn’t at Disneyland, the guard was on duty”. I would have shouted even louder. He was on duty”: many comments like these condemned what this tourist had done.