This mysterious photo of a deer looks too funny

A wildlife photographer accidentally took a photo that made everyone laugh,mysterious.

There is a field near Nikoletta Mucsanyi’s home in Hungary, where different kinds of animals can be seen frolicking and playfully chasing one another. Nikoletta often goes there to practice wildlife photography. Her portfolio is already full of pictures of wild rabbits, birds and squirrels that she took on the field. During her last week’s visit, she intended to focus more on the deer.

After snapping some shots, Nikoletta was ready to head back home. She hopped on her bike and was already on her way when something caught her eye. She noticed two little fawns running around the field and she decided to try to capture it. Nikoletta did not even have time to check her camera settings, she had to be quick to snap as many pictures of the moment as she could.

She did not know what to expect, but while scrolling to the pictures, she saw something both hilarious and mysterious. Nikoletta has no idea how it happened but on one of the shots, she could see a deer on top of another one that looked more like a ghost. It definitely cheered her up, as Nicoletta and her friends found the picture extremely funny.

After posting the picture online, people started suggesting explanations regarding the ghost-deer. A fellow photographer assumed that it might be a result of layered photography. There is a setting in Canon D series that takes 3 shots and layers them on top of each other. The ghost deer could be one of the background layers.  So according to this theory there is only one deer on the photo which is followed by the question of where did the other one disappear. At the end, the shot still remains a mystery.

“My family thinks it looks funny, so I decided to share with other people. I got the funniest reactions from them.” People loved making all sort of jokes about it. She constantly reads comments online that say “The deer’s Patronus is also a deer.” Or “You scared it so bad, her soul left her body.”

Camera catches 8-foot alligator: something interesting is in her mouth
Camera captured how mother alligator held her babies
091 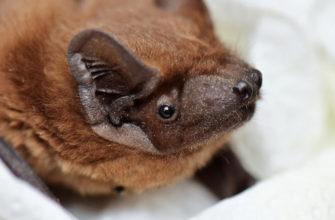 Tiny bat finds the perfect person to be her mom
Tiny orphaned bat now has the best family to live in
0105
This website uses cookies to improve user experience. By continuing to use the site, you consent to the use of cookies.