The neighbor’s dog barks throughout the night; woman takes revenge

Dogs (along with cats) are the most common pets people have these days: these animals never stop making their owners happy and show their great affection for us every day. There are many people who choose to have a dog in their life, even in those cases where they don’t have space outdoors where the dog can run around. Normally, a well-behaved, well-trained dog is one which will be tolerated by the neighbors.

On the contrary, an aggressive dog, which barks constantly, will certainly cause several problems for those who live in its vicinity. Saphire Jess knows something about this: she, along with her family, was exasperated by the behavior of her neighbor’s dog which kept barking throughout the night.

Not being able to rest well during the night due to a dog’s barking is very annoying, but it can become a real problem if the dog in question, will not stop. Saphire Jess, a single mom, went to great lengths to make neighbors understand that their dog was barking continuously day and night, but her pleas were not taken seriously, it seems. Her neighbors replied that they could not do anything about it because the dog was too old to change.

Saphire and her children were unable to sleep properly and this started to negatively affect her children’s academic performance. Pleading with the neighbors or calling the police didn’t help, so she decided to change her strategy and resort to “a response in kind”.

The woman decided to place a speaker near the neighbors’ garden and play the same song for six hours straight, at a very high volume. She herself said about the situation: “I took the problem in hand and placed a speaker near the neighbor’s fence, blasting Baha Man’s song ‘Who let the Dogs out’ for six hours.” All of this was done while the neighbors were sleeping after their night shifts. Perhaps, in this way, they would understand what it feels like to be kept awake by their neighborhood.

Saphire filmed everything and posted the video on TikTok, later updating her followers on the situation: when the dog started barking, the woman added more songs to her playlist and played them (loudly) for hours. The comments from many users have shown solidarity with the woman: “As a dog owner, I fully support you,” reads one comment. Surely, the neighbor’s dog must be neglected by its owners to be barking like this, and we can only be sorry for the poor creature. For the rest, we hope that Saphire and her children will be able to find some serenity and rest during the night. 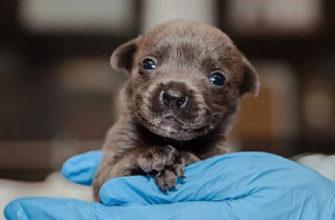