Snake Decided To Stay In The Woman’s House

Melisa is in fond of animals. She has a cat named Bootsy, and recently, a snake a appeared in her house, who also lives there since then. Melisa never planned on having a snake in the house. But the snake was the one who made the decision to stay there, and Melisa decided to let it be. She named him Snickers.

Bootsy was first to notice a snake stuck in a hole in the screen door. As soon as he saw it, he jumped towards Melisa to let her know. Melisa tells that it only took her a couple of minutes and a drill to help the stuck snake get out of the hole. But the snake did not have the courage to get out for another thirty minutes. But once he did, he did not seem like leaving the screen door. He would go to the garden from time to time, but then he would come back. Melisa realized that the snake made the screen door his home, and felt safe there. 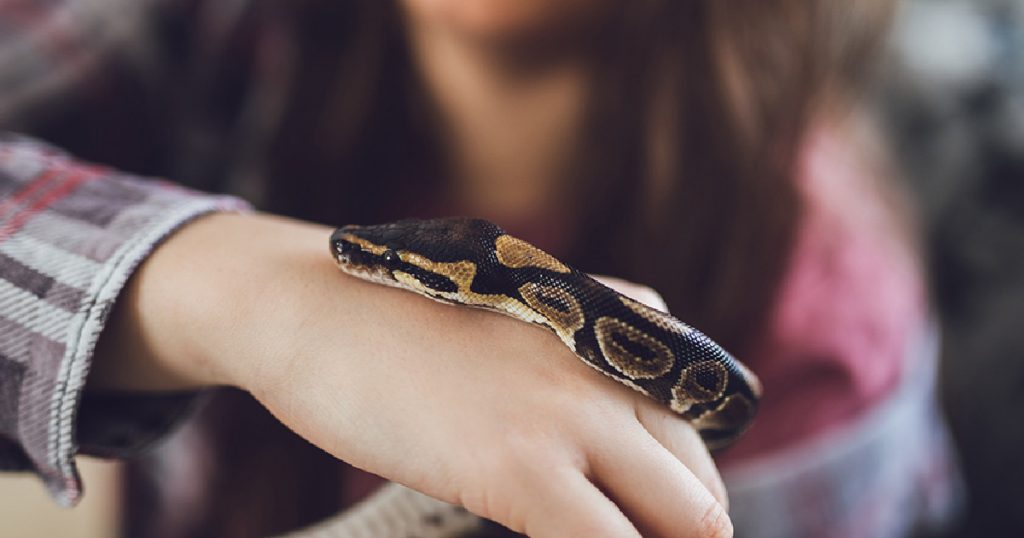 Melisa is worried that people might not know that there is a snake near the screen door and unintentionally disturb him. That is why she made the most adorable tiny signs on the door warning about the snake. It is interesting that Snickers does not disturb anyone, even Bootsy. Maybe he realizes that Melisa and Bootsy were the ones who freed him when he was stuck.

Snickers became a very valued and loved member of the family. Sometimes, he likes to stay in his little house, and does not show up during the day. But it makes Melisa happy to think that he is still there. It may seem that having a snake in the house is too dangerous. But, in fact, Snickers keeps away the venomous snakes out of Melisa’s garden.