Lost dog reunited with his family: a heart melting scene

Last November, this sweet lost dog named Conway went missing from his home in Highlands County, Florida. His family looked for him everywhere, though, sadly, they could not find him. Before long, days turned to weeks, and weeks turned to months with the poor pup still missing. Conway’s loving presence became just a bittersweet memory for his heartbroken family. But it wouldn’t stay that way forever. 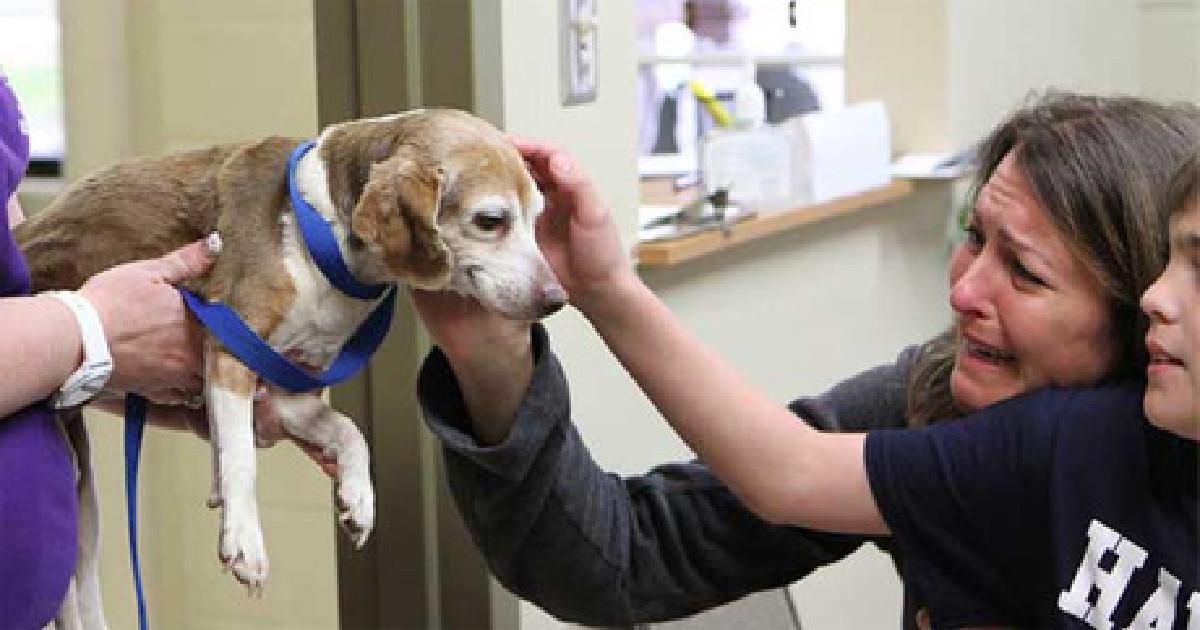 This week, 10 months to the day after Conway disappeared, people spotted an emaciated and exhausted lost dog walking down a street all alone. They picked him up and took him to the Highlands County Sheriff’s Office’s animal services unit. At the time, no one had any idea where the pup had come from — or just how dearly missed he truly was. The bedraggled dog was unable to explain his past or who he was, of course. But he did carry the answer with him.

Conway had been microchipped — and after a quick scan, authorities had all the information they needed to alert his family. With that, their many months of heartache soon came to a close. A reunion was arranged at the sheriff’s station. Conway was finally home.

It was an emotional ending to Conway and his family’s long ordeal, though theirs weren’t the only happy tears shed. After they posted the video of the reunion online, strangers couldn’t help but join in, too.

“I cried watching this video,” one commenter wrote. “That just made my eyes leak all down my face,” another added. Seeing all set right — and a family’s heart heal — Conway’s rescuers couldn’t have been happier.

“The main purpose of the Animal Services Unit is to return animals to their owners or, if that isn’t possible, find a new home for them,” Scott Dressel, of the Highlands County Sheriff’s Office, told once during the interview. “Any time we do that, it is a victory, but this is one of those that stands out for all of us.”